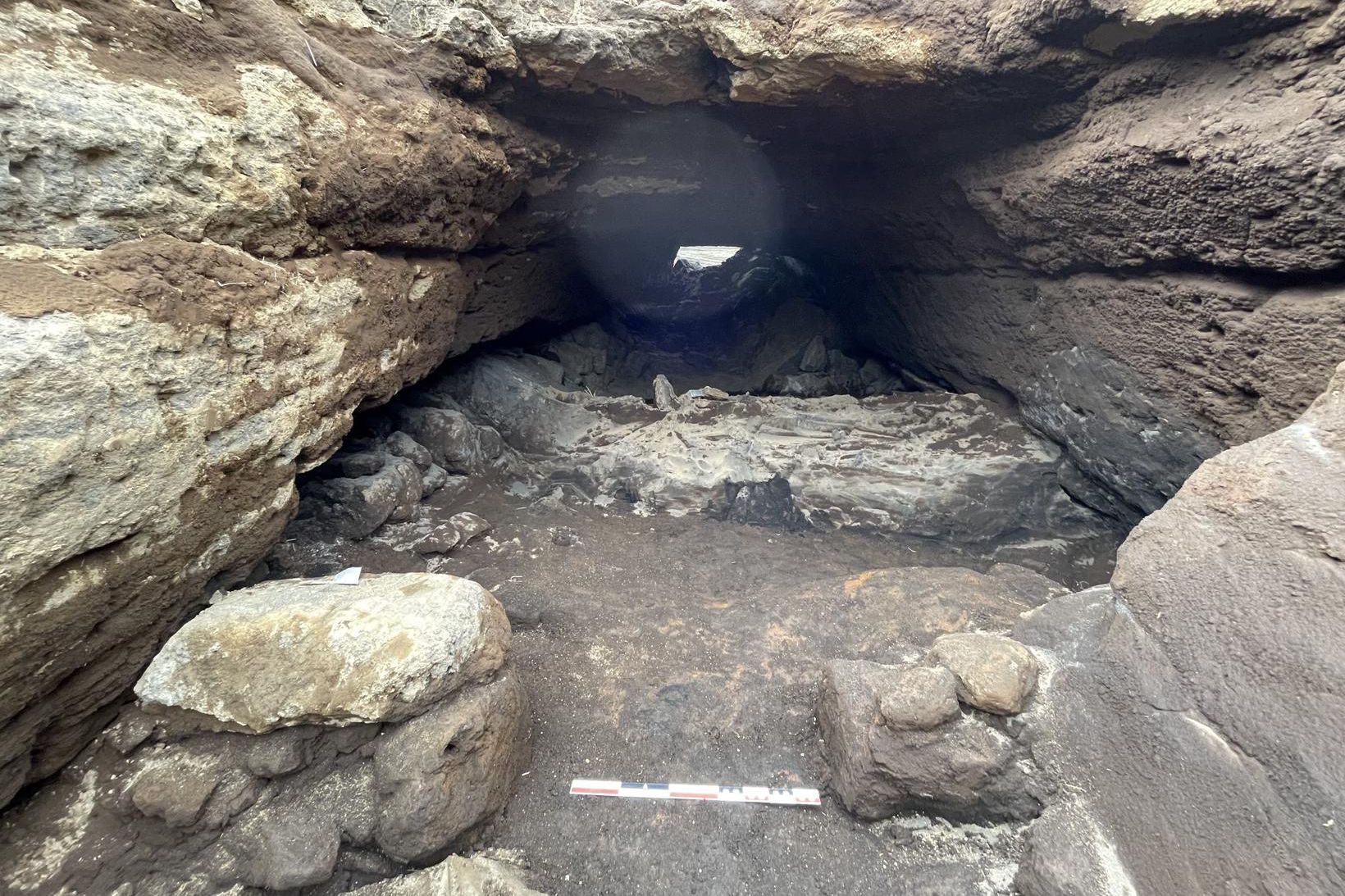 Archaeologists from the Archaeological Institute of Iceland have uncovered an extensive system of interconnected structures that are not only much larger than initially thought but also much older, during excavations in Viking-era man-made caves near Oddi in South Iceland.

Archaeologists believe that the man-made caves were excavated in the middle of the tenth century. Man-made caves at Oddi were first discovered back in 2018.

The most recent research project revealed a much larger cave that is connected to the broader cave system.

Archaeologist Kristborg Þórsdóttir, who led the research said “The size of these structures is just so vast, there hasn’t been a study of such large structures, and definitely not from this time period in Iceland.”

Oddi was once one of Iceland’s most important cultural and political seats and home to a powerful clan known as the Oddverjar. Saemundur the Learned (AD 1056-1133), who penned the early chronicles of the Norwegian Kings, was one of the most prominent clan members. He studied in France and wrote one of the earliest histories of the Norwegian kings, although that manuscript was lost.

The settlement developed into a major center for culture and learning, with Iceland’s patron saint, Þorlákur Þórhallsson, receiving his education at Oddi from the age of nine (AD 1142-1147).

Kristborg and the team’s biggest problem has been securing the cave and making sure it doesn’t collapse on the people working inside. The texture of the rock is prone to crumble and the cave is deep, which can lead to dangerous outcomes.

Time is of the essence for the team, who feel any delay would result in the loss of precious artifacts and data. The caves are not only at a significant depth, which is dangerous for the archaeologists involved in digging them out, but also built into sandstone. It’s thought that the caves were not used for very long because they are so prone to disintegration.

There’s a lengthy and complicated history waiting to be unearthed

Researchers result, so far, a historic church, farm, and vicarage have been unearthed. In fact, when Christianity came to Iceland around 1000 AD, Oddi was one of the first places to build a church.

Archaeologists believe that the new cave may be a nautahellir, a medieval stall used for cattle and horses. Such caves are mentioned in Bishop Þorlákur’s “Legends of Saints” from AD 1210-1250, where he describes how a nautahellir collapsed with 12 bulls still inside, with only one of the animals being rescued from the rubble

“Although it’s older than that, it’s likely that [the cave] was used for livestock,” explained Kristborg. “Whether it was for that specific bull, we don’t know. But the history of its use obviously goes back further than we’ve managed to trace yet.”

However, there is still a lot we don’t know about this man-made cave. It was likely used for something else before becoming a livestock pen.

According to Kristborg, the caverns at Oddi have a complicated and intriguing tale to tell, but the magnitude of the present research requires her and her colleagues to keep their focus focused. “These are massive buildings and an enormous cave system that we’re only now beginning to comprehend.” […] To get to the bottom of this and track the history of these caves’ use in detail, we’d need to do a much, much larger research with a much larger staff.”