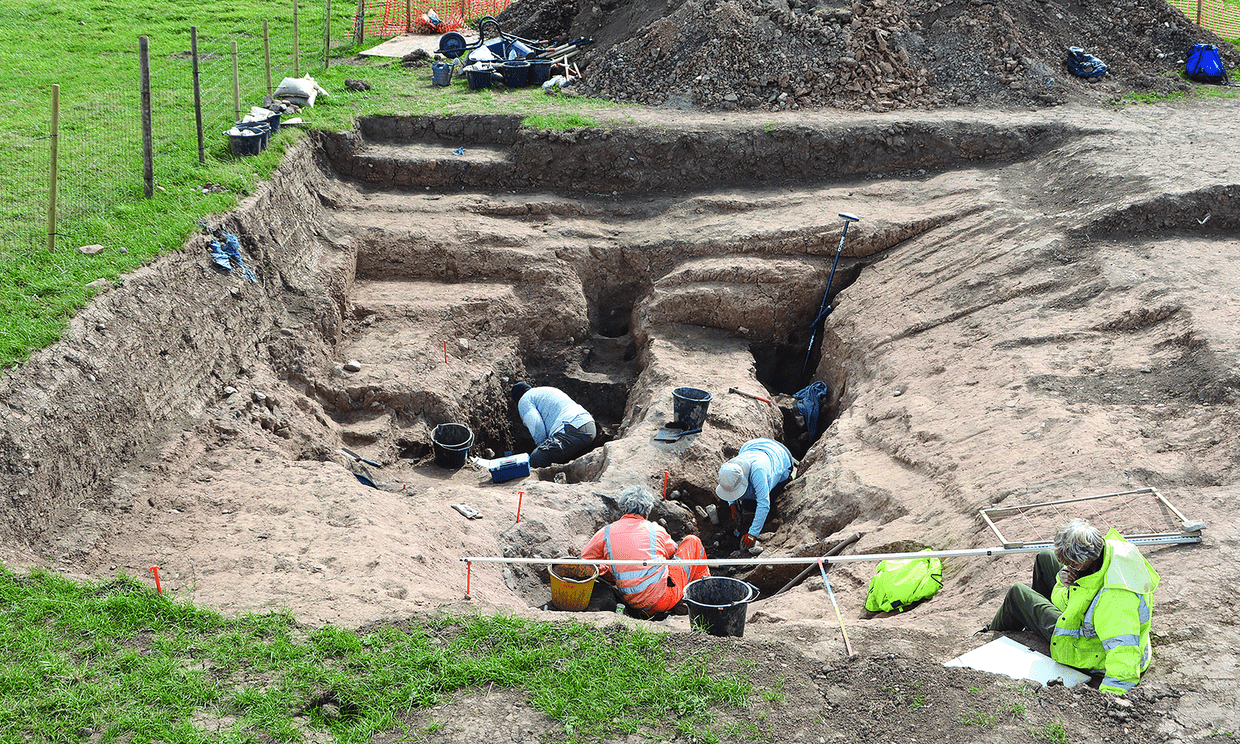 Archaeologists in the UK have found an ancient stone age-era salt-production house in North Yorkshire, estimated to be older even than Stonehenge, UK media outlets reported on Wednesday.

Dating from the Neolithic period around 3800 B.C.E. the 6,000-year-old find is the latest discovery from the Street House Farm site in Loftus.

Finds unearthed on a shoreline near Loftus include three hearths, fragments of broken Neolithic pottery, a ditch, some still containing salt deposits, shaped stone artifacts, and a storage pit. All of the finds are cited as important evidence of salt processing.

According to Steve Sherlock, the archaeologist who led the dig, the finds are “spectacular and of national significance”.

The discovery is particularly important in that it can substantially rewrite the historical understanding of Neolithic England because the facility is not only the oldest facility found on the island but also one of the oldest facilities found in Western Europe.

This new finding, he explained, according to The Independent, indicates that properly settled civilizations developed on the island earlier than expected, with stone-age Britons transitioning into an agricultural society from a hunter-gather lifestyle. In fact, it pushes salt-making back by nearly 2,400 years.

Salt was an extremely valuable commodity, and the extraction process is very complex and implies a certain level of sophistication. In fact, according to UK sea-salt production expert David Lea-Wilson, “Any ancient coastal culture that was able to master that technology would have been able to expand their economy substantially,” according to The Independent.

Salt was essential to the expansion of the Stone Age. This is because it gave the people of the Neolithic Age the ability to preserve meat. According to the Independent, James Swift, a traditional meat preservation expert, said that effective management of cattle is almost impossible without salt.

In other words, the fact that salt can be used at all means that the entire early agricultural sector will undergo revolutionary changes. Male calves can be preserved after slaughter throughout the year, and cows have more grass, which in turn means more milk production.

And not only was this salt production house effective but according to Sherlock, salt-making experts said “you’d expect to find that in the Iron Age,” according to the New Scientist news site.

Through some archaeological detective work, Sherlock not only figured out how the salt-making facilities work but also first figured out how the process reached Britain. The pottery used to extract salt from seawater is a special type of bowl that can be traced back to France.

According to The Guardian, there is a theory that migrants from the north of France brought ceramics, and thus even technology, to Britain around 4000 BC.