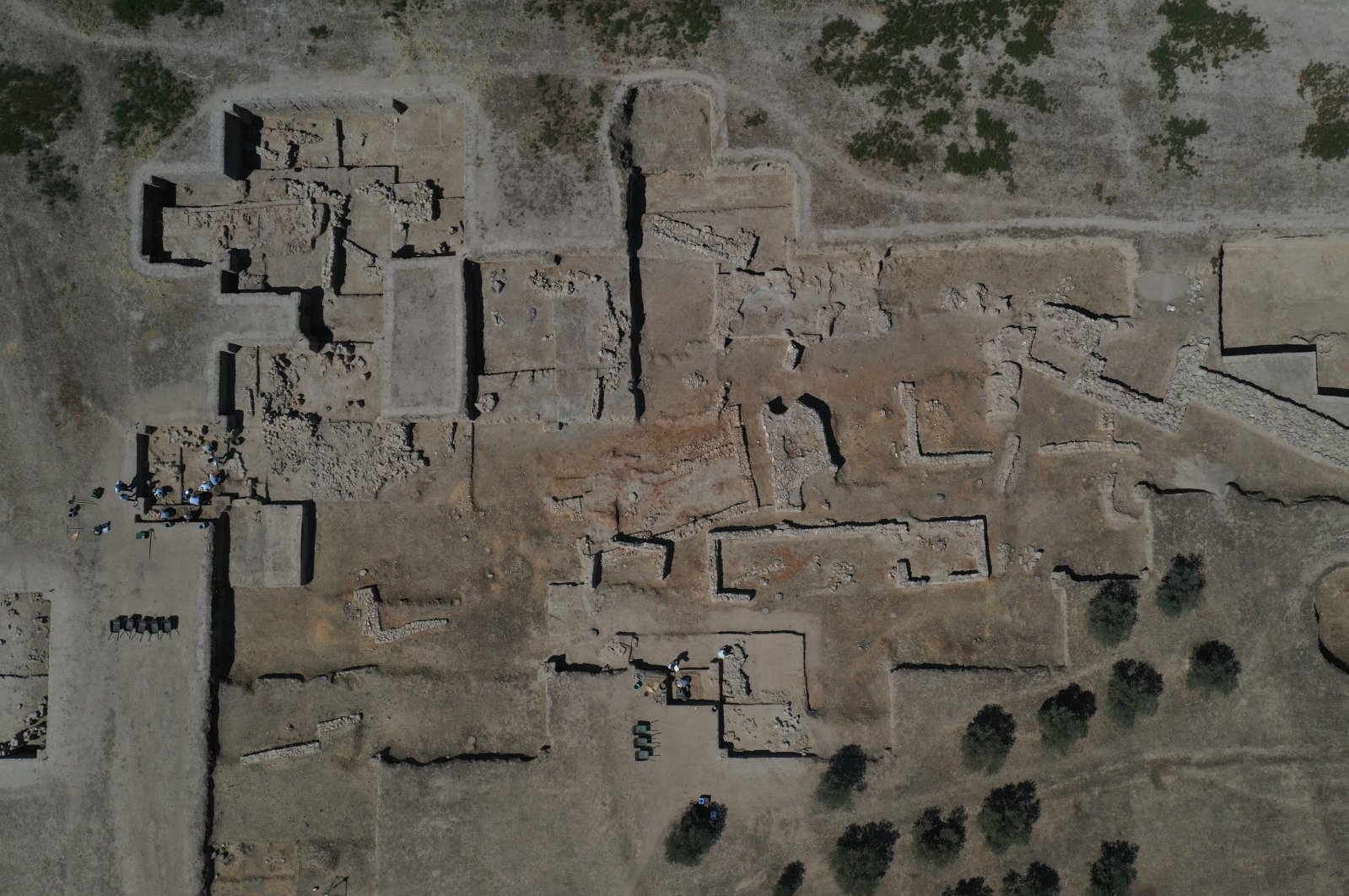 A 3,500-year-old ceramic oven was unearthed in Tepecik Mound in the Çine district of Aydın, in western Turkey.

Tepecik Höyük, which is 36 km away from Aydın, is a settlement where trade is intense, apart from being on a road that has strategic importance in every age due to its location.

Since 2004, professor Sevinç Günel of Hacettepe University’s archaeology department has presided over excavations at Tepecik Mound in the Çine Plain.

Three towers, a chamber containing goods used by the kings of the time for official visits, and obsidian used in tool manufacture were discovered as part of the 17-year excavations at the archaeological site, which was formerly recognized as a trading center. In the mound, archaeologists recently discovered an oven with ceramic tiles.

Günel, the excavation leader, told Anadolu Agency (AA) that the region had settlements back-to-back for 7,500 years. Noting that they discovered evidence of life from every time in the mound, Günel noted that this demonstrated that the site was a significant economic hub in its geography.

“The area where we have been recently working has architectural remains and finds from 3,500 years ago. We think it is a ceramic oven. It has ceramic pieces on its tiling and a hard-filled mud-brick floor. There are also ceramic pots around it. We have samples of these pots that prove mass production was conducted here. We will have clearer information as our work will spread in the area more in the upcoming days.”

Stating that they also found a warehouse 20 meters (65 feet) away from the area of the oven, Günel said, “We found broken pieces of jars and vessels containing products in this warehouse. However, it was heavily damaged. The reason for such damage was a flood that occurred at that time. Recently we have been cleaning the broken pots in the area.”