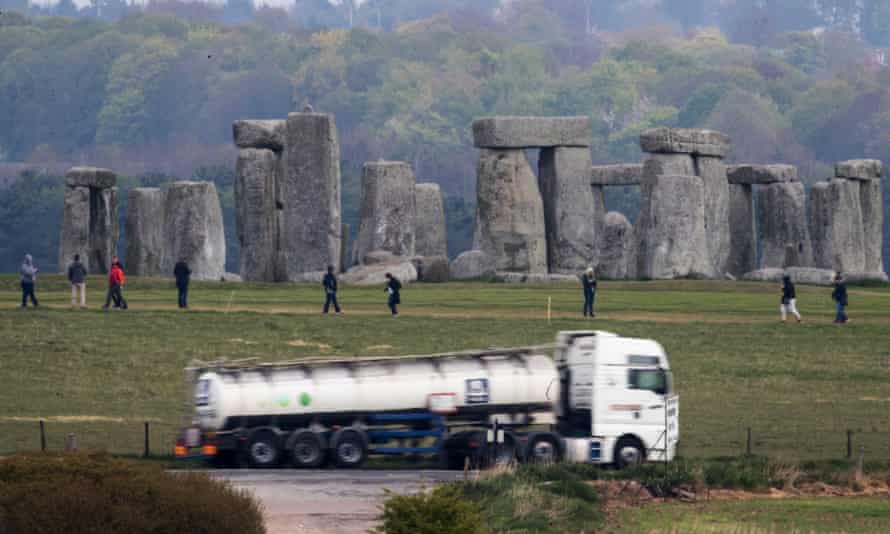 The transport secretary’s decision to allow a road tunnel to be built near Stonehenge was unlawful, according to the high court, because it did not properly consider the damage that would be done to a string of prehistoric sites and thousands of ancient artifacts.

Campaigners including archaeologists, environmental groups, and the druids have launched a judicial review calling for the decision by Grant Shapps to allow the £1.7bn road scheme, including the two-mile tunnel, to be quashed.

Despite the recommendation of a team of planning inspectors, Shapps approved the proposal, despite the fact that it would inflict “permanent, irrevocable harm” to Stonehenge.

A group called Save Stonehenge World Heritage Site (SSWHS) brought the judicial review, which is due to last three days.

One of its claims is that Shapps’ decision was illegal because he reportedly did not consider the scheme’s impact on each “heritage item,” such as barrows and the ruins of ancient enclosures.

Instead of adopting an individual approach, SSWHS claims that Shapps considered the influence of the road project on the site as a whole, and determined that the tunnel, which would keep the sights and noises of traffic away from the stone circle, was worth pursuing.

One of the world’s foremost Stonehenge specialists, Mike Parker Pearson, a professor of British later prehistory, stated before Wednesday’s hearing that more than 10 hectares of the world heritage monument will be “totally obliterated.”

He said at the western end of the tunnel the road would cut through a “dense scatter” of prehistoric artifacts and buried features likely to be the remains of a copper age to early bronze age settlement (c 2,450-1,800BC) – potentially a campsite for the builders of Stonehenge.

At the opposite end of the spectrum, Parker Pearson suggested that the remnants of a pre-Stonehenge village may be lost. He also claimed that changes in the water table may have an impact on the Mesolithic site of Blick Mead, perhaps eliminating organic material in soggy layers.

Blick Mead experts have discovered artifacts that assist to explain the tale of how ancient inhabitants lived at Stonehenge since the ice age. Among the discoveries have been perfectly preserved hoofprints of aurochs, or wild cattle.

In his skeleton argument, David Wolfe QC for SSWHS said: “The only heritage asset which the secretary of state actually addressed was the WHS [world heritage site] overall … he simply failed to identify and assess the heritage significance of each asset.”

The skeleton also flags up a claim from a consortium of archeologists claiming that Highways England “dramatically underestimated” the harm that would be caused and that about half a million artifacts would be lost by the proposal.

Arthur Pendragon, a druid who claims to be the once and future king, was among those who traveled to London from Wiltshire for the hearing. He has vowed to lie in front of the bulldozers in order to put an end to the scheme.