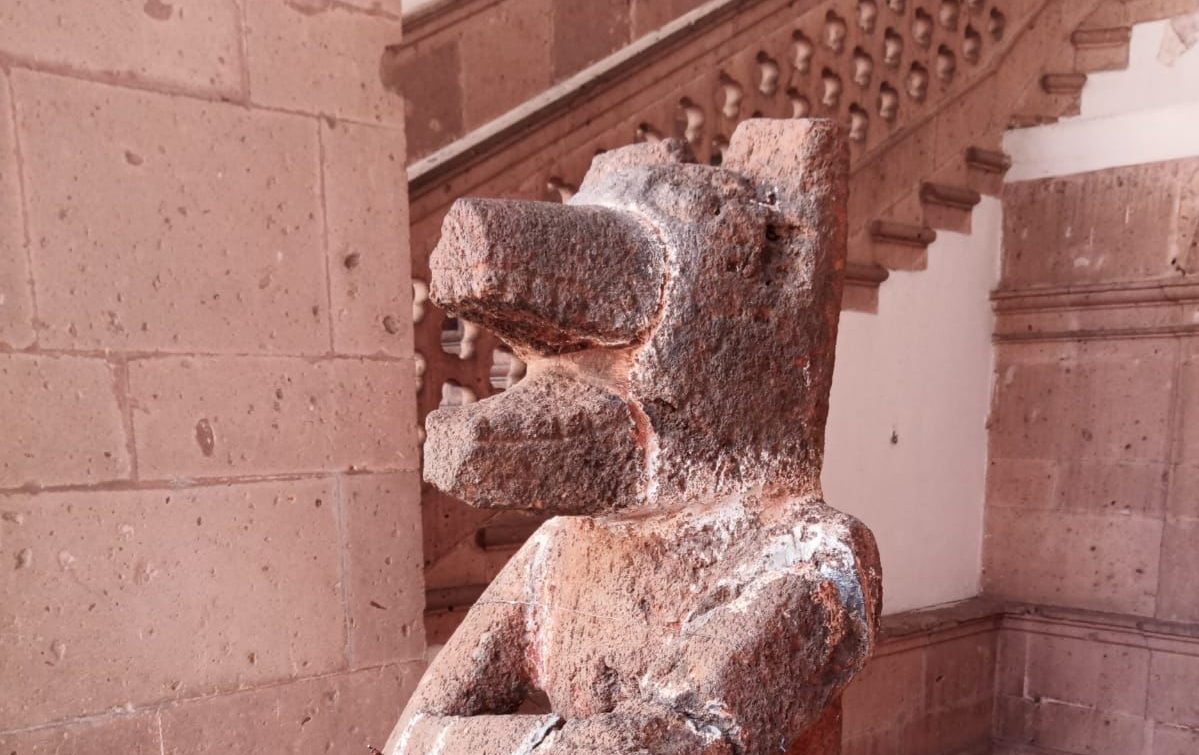 Archaeologists win the coyote-man trial that lasted 30 years in Mexico.

The litigation regarding the coyote-man of Tacámbaro, an important archaeological item of Tarascan civilization, has been completed, and the court has determined that the statue is “property of the nation.”

Archaeologists from the Instituto Nacional de Antropología e Historia (INAH) unearthed an important statue from the Tarascan culture almost 30 years ago for the INAH Michoacán Center.

The coyote-man of Tacámbaro was discovered during drainage works in the Llanos de Canícuaro neighborhood, municipality of Tacámbaro de Codallos, where during antiquity the Tarascan civilization had constructed the city of Tzintzuntza (meaning “place of the hummingbirds” in the Purépecha language.)

The sculpture depicts a coyote-man perched on a throne made of basalt, measuring 1.08 meters tall by 45 cm wide, and was held on private property owned by the Hernández family until INAH recovered the sculpture through Mexico’s Federal Law on Monuments and Archaeological, Artistic and Historical Zones.

The sculpture depicts a coyote-man perched on a throne made of basalt, measuring 1.08 meters tall by 45 cm wide.

It was held in private ownership by the Hernández family until INAH saved the statue through Mexico’s Federal Law on Monuments and Archaeological, Artistic and Historical Zones.

The INAH Michoacán Center held a press conference to announce the court ruling about the sculpture. INAH Michoacán manager Marco Antonio Rodriguez Espinosa and Tacámbaro de Codallos mayor Artemio Moriya Sánchez thanked the Hernández Family for keeping the National Historic Heritage statue in their home during the 30-year trial and handing it over to officials after the lawsuit’s outcome was announced.

Archaeologist José Luis Punzo said: “Representations of coyotes and a dozen coyote-man figures have been found in Tzintzuntzan and Ihuatzio, very similar in their form to the one from Tacámbaro, but are generally smaller in size ranging from 40 to 50 centimeters.”

“We know that the last lords of Tzintzuntzan, who wrote the Relacion de Michoacán, were the so-called uacúsecha, the ‘lineage of the eagle’. Next to this was another large city on Lake Pátzcuaro, Ihuatzio, which means ‘place of coyotes’, where most of these sculptures have been located. One of the hypotheses is that the coyote-man sculptures could represent a dynasty that ruled this place, even before the Uacúsecha history was written” added Punzo.

The Tarascan civilization (also known as the Purépecha) was a Mesoamerican civilization that governed significant sections of western Mexico during the Post-Classic Period (AD 1400-1521).

The sculpture of the coyote-man of Tacámbaro is located on the facility of the INAH Michoacán Center, where it is preserved for restoration and research.