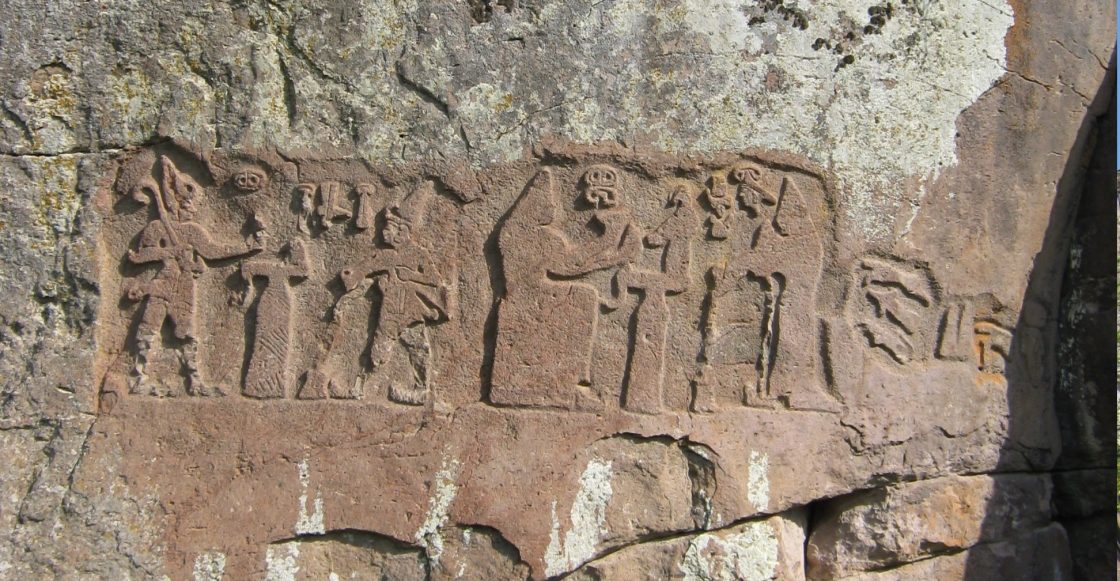 Excavations at Tatarlı Höyük (mound) are trying to reach findings that will enable the determination of the location of Lawazantiya, where Puduhepa, wife of Hattusili III, one of the powerful kings of the Hittite Empire, was born and raised.

Puduhepa, who was an important and active queen in the Hittite Empire, was born in the city of Lawazantiya, grew up, and entered the service of the goddess Ishtar with her father. Returning to Hattusha after the Battle of Kadesh, Hattusili III came to Lawazantiya to sacrifice to the Goddess Ishtar due to the victory being given to them and married Puduhepa after a dream he had here.

Lawazantiya, the hometown of Tawananna Puduhepa, which was significant in Hittite history and the Anatolian Middle Bronze Age, has not been determined until today.

Tatarlı Höyük will help to find the location of Lawazantiya

Excavations at Tatarlı Höyük, located in the Tatarlı District of the Ceyhan district of Adana, are trying to reach the findings proving that one of the most important cities of Kizzuwatna, one of the Bronze Age states, was Lawazantiya.

Çukurova University (ÇÜ) Faculty of Arts and Sciences, Archeology Department Lecturer and Head of Excavation Committee Assoc. Dr. Serdar Girginer gave the following information about the excavations of the 15th season to the AA correspondent.

“Tatarlı, which was inhabited from the Ceramic-free Neolithic Age to Early Rome, was a “megapolis” city in the Hittite Period in the second millennium BC. It is important that every find to be found here will illuminate the history of Çukurova.”

Girginer reminded that during the excavations that continued with 16 workers in three trenches, they unearthed the garbage pit used in the Middle Bronze Age four thousand years ago.

Girginer stated that they encountered new finds that will shed light on the history and that they finally found a storage area in the region.

“We found various storage vessels in the Middle Iron Age site. We took them to the excavation house. These pots filled with soil. With our botanist team members, we’ll find carbonized grain residues inside. Measuring cups came out of the large pots, but experts will tell if it contains lentils, barley, or wheat. Apart from that, we encountered a cattle skeleton from the Hellenistic Period. This skeleton was not buried in a special pit. If it had been buried in a special pit, perhaps it would come to mind that that period was a dedication to the gods of the Hellenistic Period. Cattle has always been an animal of a layer that the rich cut and fed. It is a water-loving animal. One can also comment on the dead food, but our bovine skeleton most likely died where it was. Our zooarchaeologist friend will give a lot of details about him.”

“This mound rewrites the history of Adana”

Girginer stated that they will also be working on a trench related to the Chalcolithic Age this season, and said:

“Let’s see what surprises Tatarlı Höyük has. This mound is probably rewriting the history of Adana, as we have examined the settlement patterns, characters, and everything that people have done, starting from the earliest non-ceramic period of the Neolithic to Early Rome, with the excavations at Tatarlı Höyük.”

Girginer stated that the mound, which is the oldest settlement of Çukurova, is on the way to turning into an open-air museum with unearthed remains.