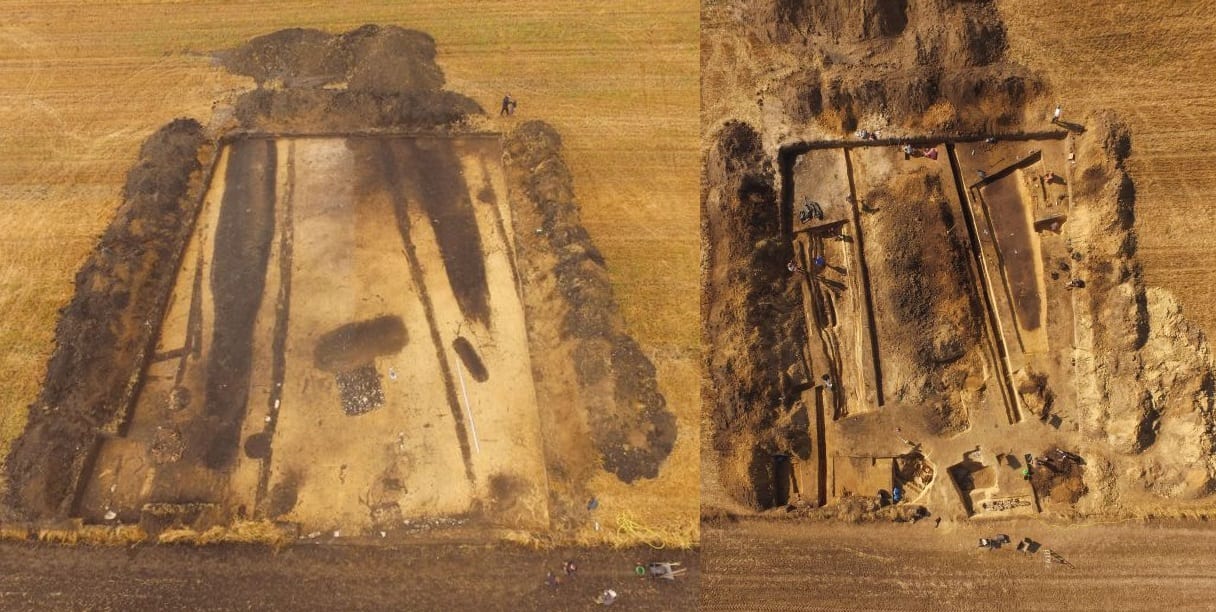 Archaeologists excavated in Poland discovered a large megalithic complex, including dozens of tombs dating back 5,500 years.

The site was discovered by chance near the village of Dębiany in south-central Poland by a team of archaeologists conducting research on satellite images.

After noticing the quadrilateral features with surrounding ditches, a geophysical survey was conducted and a megalithic tomb was discovered. The research team expanded the scope of the study and found dozens of graves, and more are expected to be discovered.

Each tomb is lined with wooden poles (compared to most megalithic tombs in Poland lined with stone), and they are shaped like an elongated trapezoid. The exterior of the tomb is marked by a wooden fence (visible through a series of rear holes), and the length of the outer trench is between 40 and 50 meters.

Archaeologist Marcin M. Przybyła told Nauka W Polsce: “Unfortunately, most of the remains of the deceased and grave goods were removed from these burials while the cemetery was still in use. It was a ritual behaviour that we often encounter in cemeteries from that period”.

Some tombs are surrounded by square defensive buildings, built in the Bronze Age V (late) between the 9th and 10th centuries BC, and archaeologists believe this to be a temporary military camp.